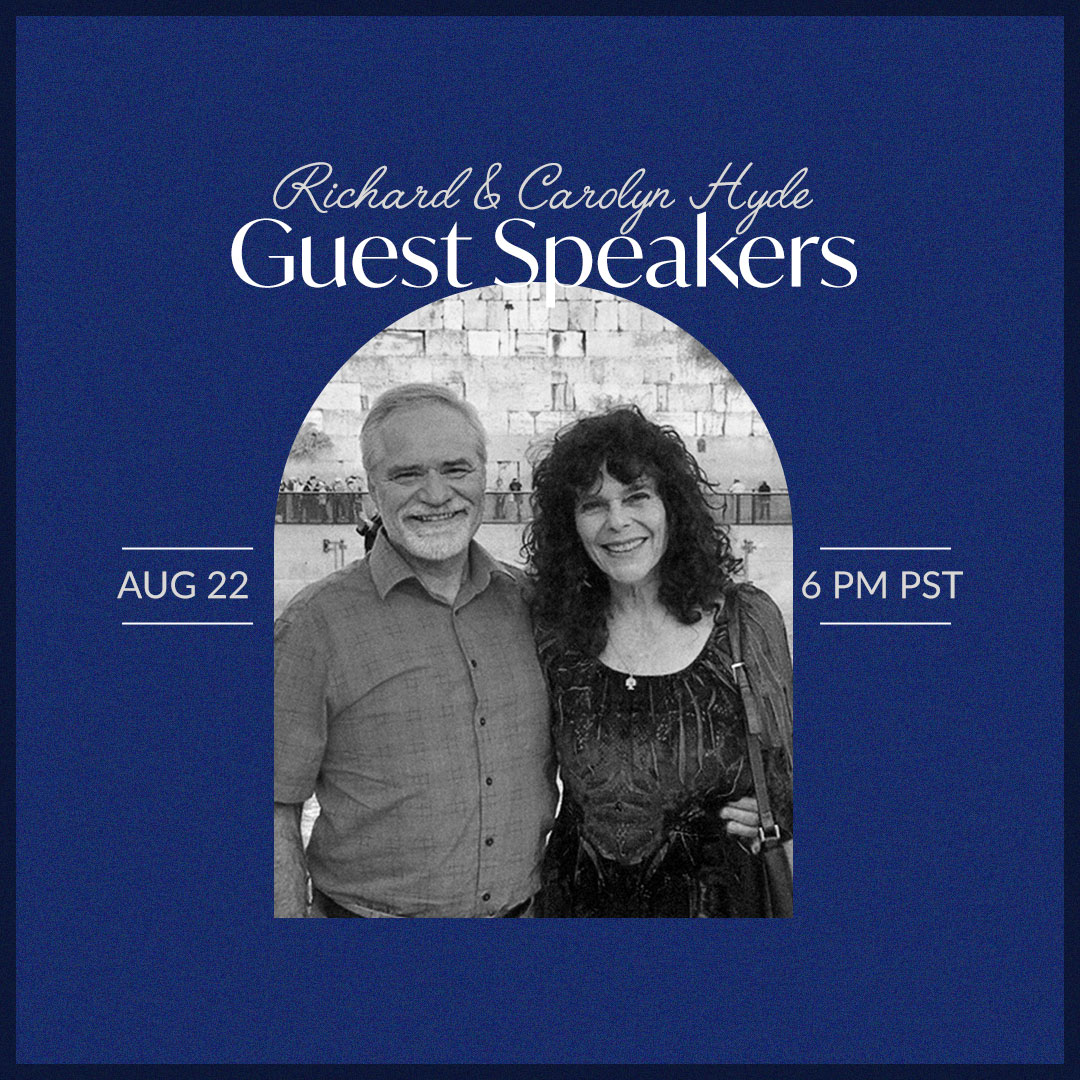 They are Israeli-American citizens living in Galilee, sharing the love of Yeshua, Jesus, with Israelis. Richard is a Christian from Plainview, TX who had a divine encounter with the God of Israel and like Ruth, committed himself to the people and the Land of Israel. Carolyn was raised in an Orthodox Jewish synagogue near Chicago but years later, as a new-age hippie, had a vision of Yeshua that transformed her life and she’s now a Messianic Jew. So together they are a prophetic picture of the Heart of God, which is one new man in Messiah.